The Regency newspapers were overflowing with police reports, and the difference ( to our eyes) between the paltry nature of the crime and the severity of the sentence never loses its power to shock. What is not much in evidence is levity- making a joke of the situation. Not even in the case of serious assault and murder, even when a general level of shock or outrage is expressed, there are no particular comments about the character of the person, and certainly no jokes!

The rules change when dealing with the Irish- the “Hibernian”, the “simple Hibernian”, or, if they have been fighting, the “stout Hibernian”. This is typical, from the Public Ledger of February 2nd, 1814, under the usually solemn “Police Section”

The key to the joke is that a woman is accusing her husband of killing her. All the stereotypes are there -“the flowery eloquence of her country” – a comment which should kill the joke, as she is acknowledged to be exaggerating for effect. She is immodest- offering to show hidden evidence of her injuries. Violence of this type is to be expected from this type of person. Although domestic violence was not treated particularly seriously by the police courts, you had to be a Hibernian to enjoy this amount of levity.

In January 1810, the Kentish Weekly Post Reported on the grey haired “but not very venerable” Hibernian named O’ Cane(or O’ Keane). It brimmed with anti-Irish prejudice.

Papers on the mainland seemed to rejoice in Irish  rivalries. One sentence that stands out from the jollity in this report  was “ Whether he was Caravat or Shenavest did not appear”. These were rival groups whose feuding caused considerable violence, particularly in Tipperary, Waterford, Kilkenny, Limerick, and Cork, during 1806–11, and were making news in the papers regularly. The key point here is was *not* mentioned in the court but was inserted by the writer of the article, who is not only reporting the attitude of the court but making up some new ones himself.

When O’Cane was asked “what ship he had came in on”, he denied that he had done so, saying that he had arrived on a sloop, not a ship. These kind of conversations were not usually in the brief court reports for non-Irish defendants; he seems to be being defined not just as an outsider, but a stupid and argumentative one. He was found guilty of smashing a pane of glass with his knife when a grocer would not serve him any more beer; but not before he recounted the story of how he had walked from London to Chester to see his friend who worked in a brewery. The fact that he had walked from Chester was not commented on.
Even the ship/ sloop joke in this report  is doubtful. Four years earlier, in 1810, the Hereford Journal reported this court case “a few days since”

Jokes and police reports-even genuine ones- only go together if the defendant is Irish.

Some gross examples
A TRUE PROPHET
An Hibernian who was tried and convicted during the last Western Circuit for burglary, on being asked his age…replied that he was pretty well as old as he’d ever be and declined to give any other answer. He was executed on the Wednesday following (1810)

An Hibernian, being lately found guilty of a misdemeanour at the quarter sessions, was asked by the court if he had any person to speak to his character
“Please you honour”, says Pat,” I don’t know anybody here, but I can find somebody if you let me go out for an hour” (1810)

The Oxford Journal of October 1812 reported the story of a gentlemen who dropped a Bank of England £50 note in the street in Cork and did not notice the loss until he was in London. In the meantime, the note had been found by two “simple, martial Hibernians”. The two men were eventually caught because they did something that caused everybody in the court to erupt into uncontrollable mirth.
Can you guess what they did? Get back to me?

There is a chapter of my book about the treatment of the Irish. 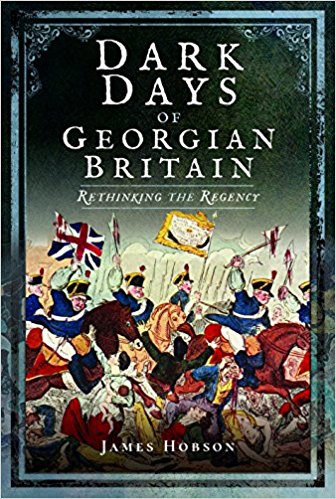 One thought on “Regency attitudes to the Irish”